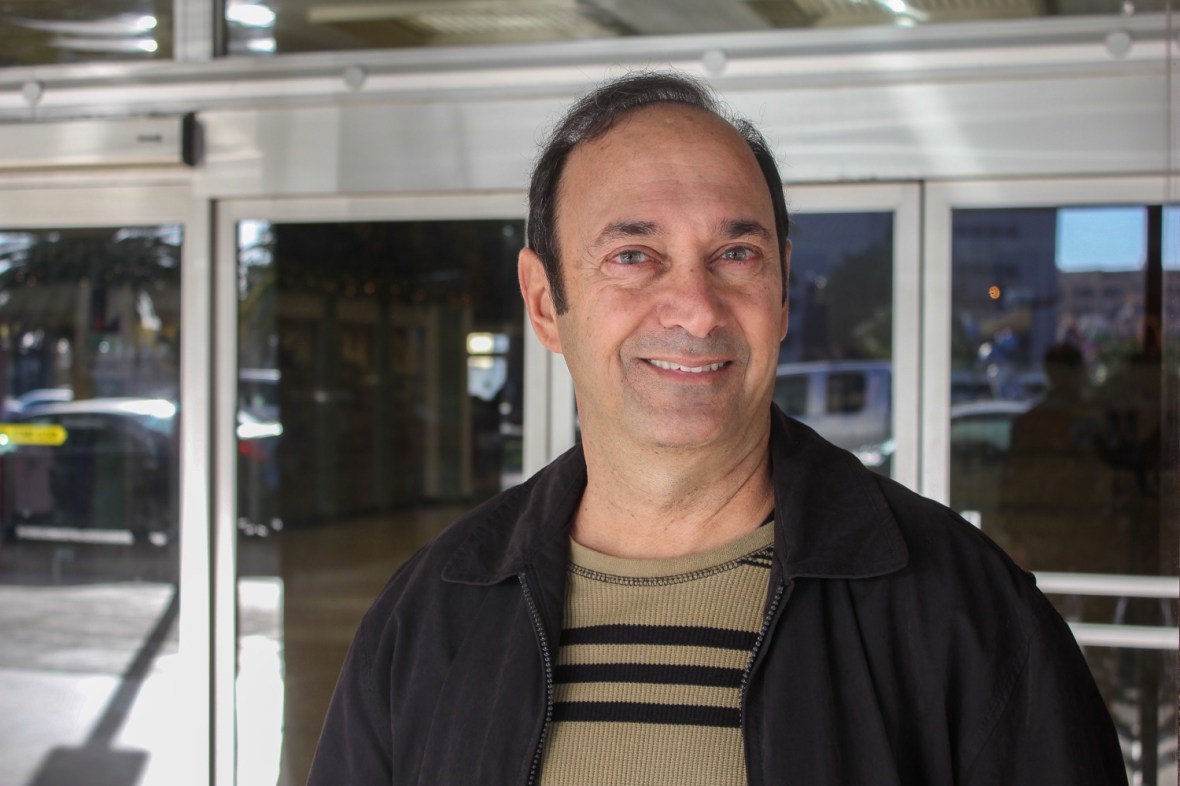 “The most struggling moment of my life was probably Hurricane Katrina. But it’s only partially true in my case, because I didn’t loose any life. I didn’t loose any family members. The house is still here. There was lot of people that lost the most. Some people have what they called ‘survivor’s guilt’. When your friend’s house is damaged, and yours is not damaged. When people were talking about other problems, I didn’t want to say, ‘Oh, I had no problems.’ or I start talking my problems, cause my problems are so minimal compare to theirs. In my case, I had to put a new air conditioning, new this, and new that, but they had no house.

I’ve been lucky enough to not be there at that time, because I know many people who were stuck in the traffic for hours. I had a friend. He was living here. He’s not here anymore. He was not from here but he was living here. He was in the hospital, so like a nurse. He is very paranoid about the storm, because he one time lived in the Caribbean, and worked there for one year, so he has seen some storms.

When he saw on TV, I think the first news that the storm might come here was sometime on Friday, I was already in Florida. They started saying, ‘We’re gonna keep an eye on it, maybe it will come here, maybe it will go to Florida. Just keep an eye on it because you have to leave, you want to be ready.’ Well, most people waited until Saturday afternoon or even Sunday to leave, when they were sure it was coming here. He decided, ‘I am not gonna wait, I am leaving first thing on Saturday morning. I am going to Houston.’ Because the storm was supposed to arrive and land sometimes on Sunday night or after midnight. He thought, ‘Well, if I wait to find out for sure it’s coming here, then it’s going to be a lot of traffic.’

Everybody, his friends, ‘You’re crazy, you’re leaving already? Maybe it doesn’t even come here. Why don’t you wait?’ ‘No, no, I’m leaving.’ So, he left by 6 or 7 in the morning, on Saturday morning to Houston. The driving to Houston is normally 6 hours. He said it took him maybe one hour longer than usual because some traffic already started. His friends who waited, decided to go in the afternoon like one o’clock, instead of taking them seven hours, it took them 14 or 15 or 16 hours, and by that evening it was 20 hours to go to Houston, all because of the traffic. Some who waited until Sunday morning to leave, it was even worse. The storm came on Sunday after midnight, it really came in Monday morning.

One person who worked in the university, he was not a friend, but I worked with him in some projects, he died. Many people died, around 1300 people more or less. Some stayed, because they didn’t believe that it would be that bad. Some stayed, because they didn’t have any place to go or they couldn’t afford to leave. You know, maybe they had no car or maybe they had a car, but they couldn’t afford to go to a hotel. And some just thought, ‘Well, I don’t wanna leave because if everybody leaves, somebody could steal something from my house. So, I wanna be here to protect my house.’ Some said, ‘Well, I don’t believe that it’s gonna be that bad. They just exaggerated, you know.’ Some people died on their attics. They sat on the roof trying to get away from the water.

I don’t know exactly what happened with the guy who worked with me, but he was married with two children who were in high schools, a son and a daughter. So, his wife and the daughter left the city. He and the son said, ‘We’ll stay behind in the house, keep an eye on the house.’ It was a bad decision.

They had two floors house. Water came inside. The downstairs was flooded, so they went upstairs. They waited there maybe for two days. The water was slowly going down with it. So, the father told the son to wait. And he said, ‘I think the water is slow enough now, I can walk a bit.’ The water was up to the chest, but he can walk. He said, ‘In two blocks there’s a fire station, maybe there’s some people there, because it’s a big building. Maybe there’s some people there or I tried to find some helps.’ The father left the house. The next day, a boat came to the son, ‘We’re rescuing people, and you want to go?’ ‘Did my father tell you that I’m here?’ ‘No, we don’t know anything about your father, we’re just going house to house looking for survivors.’ He said, ‘My father left yesterday to get help.’ ‘Well, we don’t know anything about it.’

Nobody knew what happened to him. People posting messages on Facebook, Internet, ‘You found Frank? Let me know. We don’t know where he is. He’s missing.’ Ten days later, they found his body. Somehow, I don’t know if he fell or what happened, somehow he drowned. I went to the funeral, of course the casket was closed, and I saw the wife and the two kids. They were very, very sad. I’d met them once before. But I didn’t want to ask them, you know, in the moment like that. ‘Where did they find him? What happened?’

I think another reason people didn’t want to leave especially the older people; In 1965, there was a bad storm called Betsy. It caused a lot of damaged, not as bad as Katrina, but it was a bad one. So, the older people who remembered this storm, they said, ‘Oh, we survived that. It couldn’t be as bad as that.’ That thinking could be worse.

This area, there was some flooding enough to damage houses, but not enough to make the whole house come down. Of course, if you have a car parked here, then the water was in the car, and the car is completely rusted. When I got back home, for the next year, a year and a half, there were abandon cars everywhere, which took the city more than a year to get rid of them all. First, they would pick them up and tow them to the central location, and eventually they would, I don’t know they would sell it for scrap or something, but it took them more than a year, because there were so many of them. They’re flooded, and people left them. Maybe the owners never came back or the owners maybe dead.

Some houses, which were damaged, they couldn’t find the owners. The owners left the city, never contact any body or inform if they died or what happened? So, the city has to wait a long time for some legal process to sell the land, and somebody could build a new house there.

What I learned from Katrina, if I ever evacuate the city for a storm, I will empty the refrigerator. Because most people when they leave, they don’t think to do that. So, they think in three days, I will return. Most times, when hurricane comes, you leave, and three days later you can come home. In this case, people couldn’t get home for one month or longer, and after the storm there was no power for weeks and some days. Everybody left their food in the refrigerator, even if you live in a big apartment building on the fifth floor with no flooding, if you had no power for one month or two weeks, you have to throw away the refrigerator. We could not clean it.

The city, they even said, ‘Don’t try to clean it, keep it shut with a rope or tape, put it on the street, the military will come and pick it up, and you have to buy a new refrigerator.’ Some people took their refrigerator in the backyard, they put gloves and a big cleaning suits, taking all the bad food out, and cleaning it with bleach. They said, ‘Yeah, we clean it and it’s fine!’ But they got used to the smell. I opened the fridge to get a bier once, and the smell was terrible. And then I noticed it, they’re used to it. I said, ‘No, I am not going to keep that, throw away.’

She would say, “You cannot do that. You have to become rich.”

“What is my biggest struggle? My parents. Well, my mother, because she shouts at me a lot even when I’m wearing or dressing or eating food for three till five...