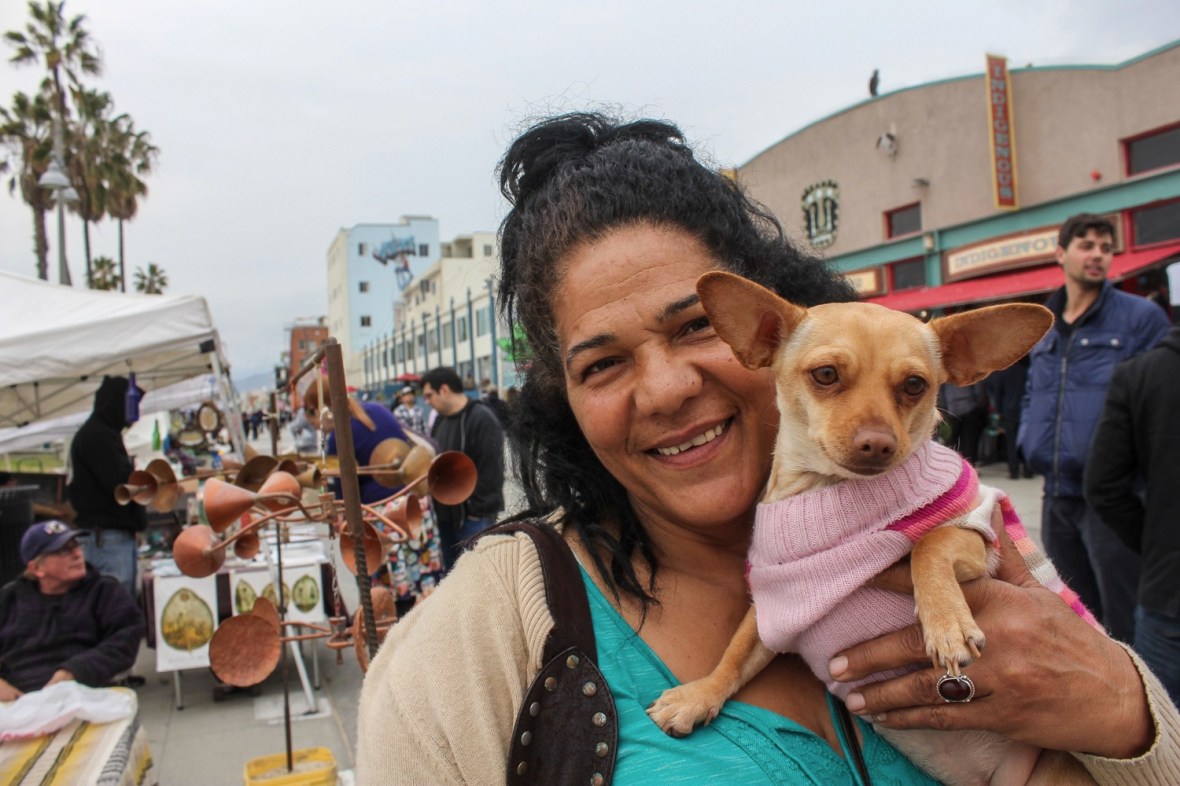 “The most important moment of my life was, probably when I was born, and then when I recuperated after appendicitis at ten and half years old. My appendix was busted. I should have been out after three days, but I was treated for three months. I remember it like yesterday. It blew open and scarred my tubes. My uterus was scratched. I could not have children because of that. Bless in disguise, really. I’m glad I don’t have kids so young. I’d gotta find me, ran around and got to Italy few times to see my mum’s side. I’m still finding me. This is good. My sisters have kids when she was 19, 20, and I would’ve had when I was 17.  I probably wouldn’t have travelled. So, life is good.

Who guided me to massage, to touch people? My higher self and me, I think. I like massage. I like working with my hands, and it’s also you usually don’t use the mind, you know, the emptiness. I need massage. I need the money, but I need to do it for the calming. It’s my medicine. It’s kind of a meditation. It’s a moving meditation.

I used to live in an hour and half away from here. I was married for fourteen years. I made money. I know how to make money, but I’m not good with money. I would spend more than I earn. We bought a house in 2005. For four years we’re trying to pay. I paid a twelve (hundreds), my ex paid a thousand in instalments, last year was free. I’d been doing massage. I had my own business but the economy flops. I lost my house, and I came over here. I came to Santa Monica. I did yoga, and I said, ‘Oh, wow, the weather!’ Then, I thought, ‘I wanna move over here.’

I stayed here and I was working on a job for five months, but then I hit menopause, and I felt horrible, ‘Oh, my God!’ I have family in Texas, Missouri. So, I took off, and then I came back. I went out there for a month. Everybody got her or himself a story.

Later, I had to renew my license. I had to get insurance, and I had no money. If I wanted to buy an entire dinner, I gotta took a job. I went to Wyoming, got paid twenty-five hundreds bucks. Bought me a laptop, and tires for my cars, then I moved over here. I finally got a massage job. But my tax was expired, and my van was picked up. It was bitter, kinda like hell. Then, I received a nice RV, and in March I would be two years on the job.

So, now I’ve been better with my money. I love living in my RV. When I first moved here, it was illegal. They never gave me the ticket, but they moved me like for three times. Now, it’s legal for anybody living in a vehicle. But I have a house. I have a shower, everything. I have a RV 26ft as my house. I choose to live like that, so that way I can save money, because I’m getting older, you know. I’m 53 now, and I would be 54 on September this year.

There’s something with, in America why there was so many drugs. I mean, It wasn’t the drugs for me that… I guess shopping could be a drug, you know buying shit, get yourself over your head, you know, anything… There’s a lot of addiction in America. Sometimes, who need money to be one? I think my sister has that. She has ten houses, but one of her sons killed himself. There’s a lot of addiction in America, like the emptiness. I guess everybody tries to fill up with stuffs and drugs.

The most important lesson that I get from my life is that I am a survivor. I’m really a survivor, cause I really think I was born healthy. I have a strong gene. I am really strong mentally and physically. I am very, very strong more than I know. It’s so easy. God makes you a survivor, like your heart and its muscle pump while you’re sleeping. That’s pretty… you know, we are all survivor.”

The hurricane Katrina destroyed everything I owned

I’m only 25 but I’m stronger than cancer