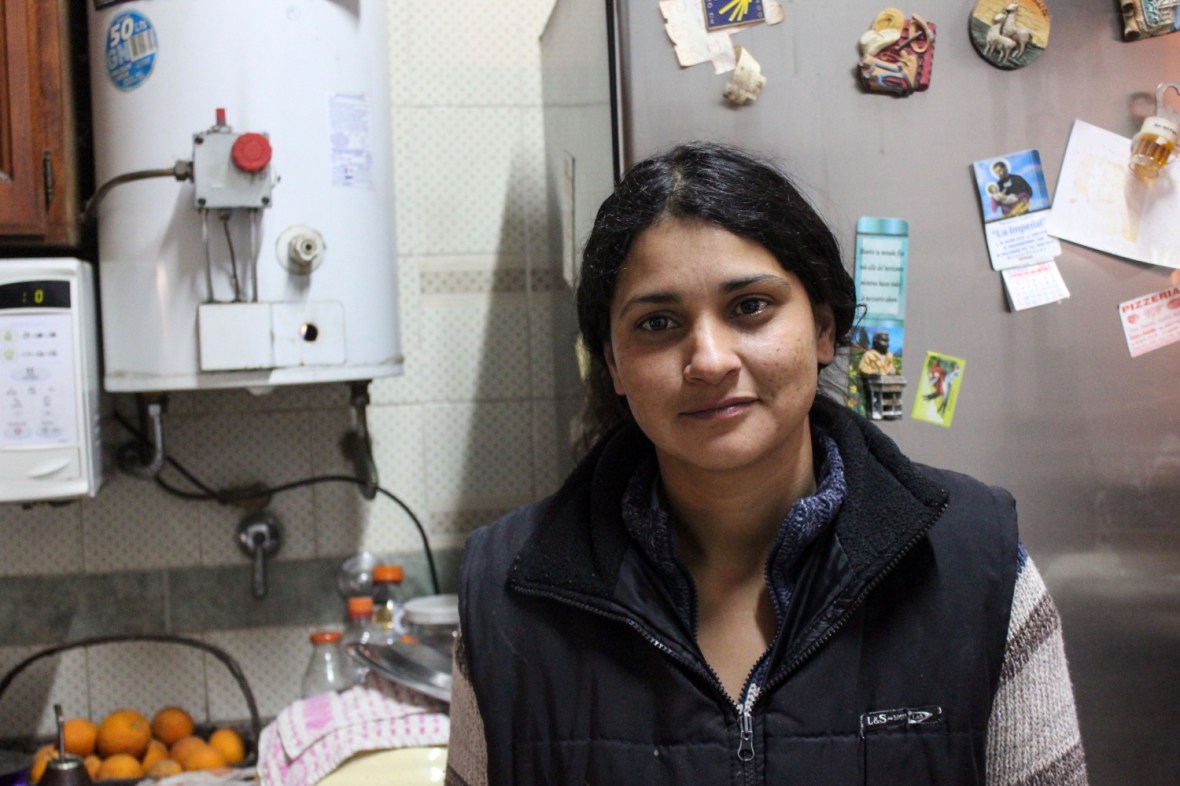 “We went to Israel in 2000, and returned to Argentina in 2006. My husband has a family in Israel. Living in Israel is nice. Everything is nice there, the only bad thing is the war. There, we earned well. We lived like a normal person. In Argentina, you work hard, and got nothing. In Israel, you work 6 or 7 hours a day, and you get a good salary.

One day before coming back, many bombs dropped, and alarms did not sound because there were so many bombs. When I worked, bombs fell, and I was still working. I hugged my colleagues, and wept. We thought we would died together. My husband was saved, because he could enter the shelter, friends of my husband could not enter to the shelter, and died. And from that moment, my husband wanted to return to Argentina. We returned on September 11. We brought nothing here. I cried at the airport, I did not want to come back.

We are alive, and we are lucky, but we think about those who are still living under the bombs, whatever the country. We have to feel lucky, because we are, peace is luxury.”

I work as a waste picker

“I work as a waste picker (cartonero). Every day I get up and go to work. I work hard. I live quietly, and do not bother anyone. I don’t want...

I have 5 children alive, and 2 kids who died

“I moved here 22 years ago. All my children were raised here. I have lived here since my oldest child was 8 months, and now she is 22 years old....

I was a waste picker for a long time

“You have to understand something about my story; I'm living in a slum not because I want to but because sometime life, whatever you do, beats you hard. Now, I...

I want my children to study, to be somebody in life

“We have lived here for four years. My children are Argentinian, my husband is from Argentina. I am Chilean. I met my husband when I was in Monte Grande. When...