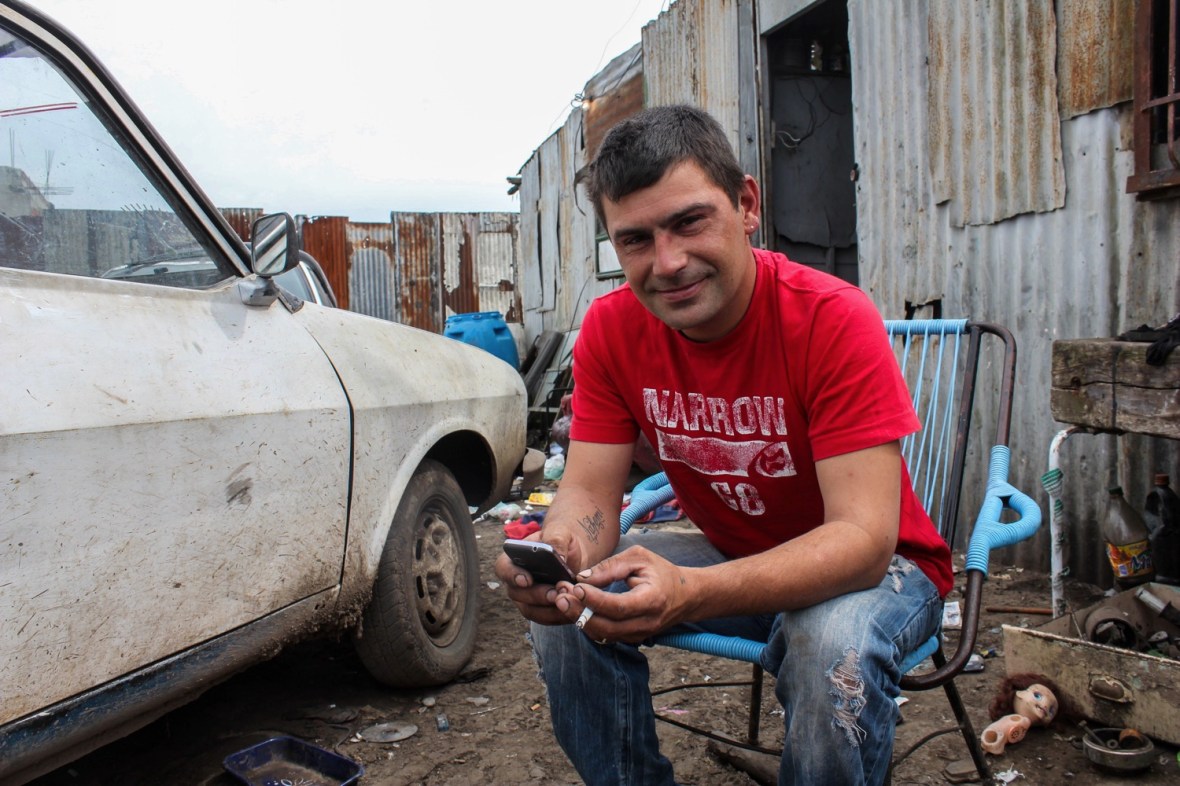 “You have to understand something about my story; I’m living in a slum not because I want to but because sometime life, whatever you do, beats you hard. Now, I am a mechanic. I learned just by observing and asking questions. I used to work as a waste picker. I moved into this slum in 2000 or 2001. I live with my brothers. When we moved here, my sister who is now 15 years old, was only a baby. I came with my mom and dad.

My mom loved to raise animals so my dad bought this land. My mother became ill, and she spent a couple of months in the hospital, and died. We were living with my dad, my brothers were still kids. I left school, and went to work. At first, I worked in a slaughterhouse, and after that I started to work as a waste picker with my van. But then my father got ill, had pneumonia, and was hospitalized. He was in treatment, but could not recover, he died. I was in charge of my brothers and my sister. I was a waste picker for a long time.

A lot of difficult moment, like going to work, and coming back home with empty hands. And having nothing. That is hard. The day that has marked me the most was when I had to tell my dad that my mother had died. I guess the next difficult step for a young man was the first day I had to be on my own, when both of my parents died. I was 18 years old. I took care of my brothers and their education. I had to work, to cook.

I learned from my dad everything I know. I learned about the streets, about itineraries to collect things. I learned about garbage dumps. While we worked together, I learned to distinguish the metals, and things that could be useful between what people throw away. I learned so much. I miss my dad.”

I want my children to study, to be somebody in life

“We have lived here for four years. My children are Argentinian, my husband is from Argentina. I am Chilean. I met my husband when I was in Monte Grande. When...

I know I’ll receive more than I give

“I was born here in Monte Grande. My parents came from the province of Buenos Aires. My father had a farm here. He had cows and pigs. He sold milk....

If we don’t help each other we die

“It’s a work that I’m trying to do, helping people, and giving them a safe home. Rosa for example, the social workers took away her daughters, Cecilia and Noelia, because...