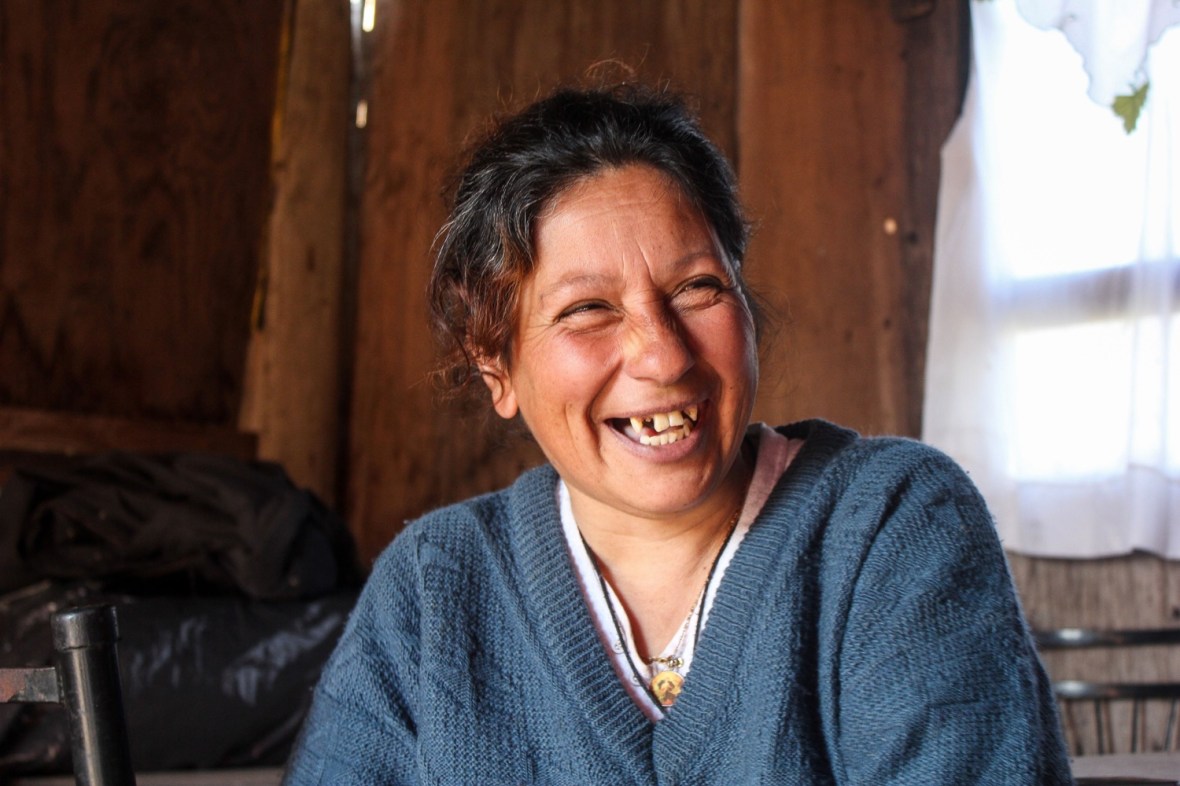 “I was born here in Monte Grande. My parents came from the province of Buenos Aires. My father had a farm here. He had cows and pigs. He sold milk. After Peron died, some men were watching my dad. He was being observed. One day, four men came in a van to my house and they robbed everything. My mom was very scared. My parents sold what was left, and moved to Quiroga in the province of Buenos Aires. We moved in a truck with some animals, and our stuff. After we lived in a milking yard in the Tejar, in the house of a cousin of my father who also took care of a farm, we then went to Bragado. My dad had a surgery in his back, and could not do much work, but my dad decided to go with us. After that, we went to the village of my father, and then we came back here.

When I was 16 years old, I was responsible for my little niece who was disabled, and started working as a maid in a house to help to maintain my niece. My life was bad. I left my house. I left home. I quit my job. I left my four sons. I had rescued my daughters from the court and I went with them.

Taco said, ‘It’s a work that I’m trying to do, helping people, giving them a safe home.’ Rosa for example, the social workers took her daughters, Cecilia and Noelia, because her sons have hurt them while they were playing. Nowadays, her sons are drug addicts. She decided to leave the house to their sons. She saved her daughters from drugs. Rosa moved to the countryside, but one rainy morning, she ended up in the street. She went with the nuns, and the nuns who helped her, they told her that I could do something. I knew her daughter Cecilia, because I used to help her. I took her to the town in my truck, and we made a place here for them. If I don’t do it, I guess they will have few chances. People like us, we’re a community. If we don’t help each other, we die.

Taco gave me a space to build my little house. Some people stole the materials I had to build my house with, but then other people helped me to make my house. And one day, I’ll donate my house for the food shelter, when I receive my daughter’s social pension. I know I’ll receive more than I give.”

If we don’t help each other we die

“It’s a work that I’m trying to do, helping people, and giving them a safe home. Rosa for example, the social workers took away her daughters, Cecilia and Noelia, because...

Without my kids, I would have given up

“I grew up in a middle class family. My dad was the owner of some buses. We had just the necessary to live well. When I was 16 years old,...

I have been stumbling, tripping and stumbling in my life

“I’ve lived in Las Chacritas since a year ago. Four years before that, we lived in Lanus, and our house burned. I had sold the land that belonged to my...