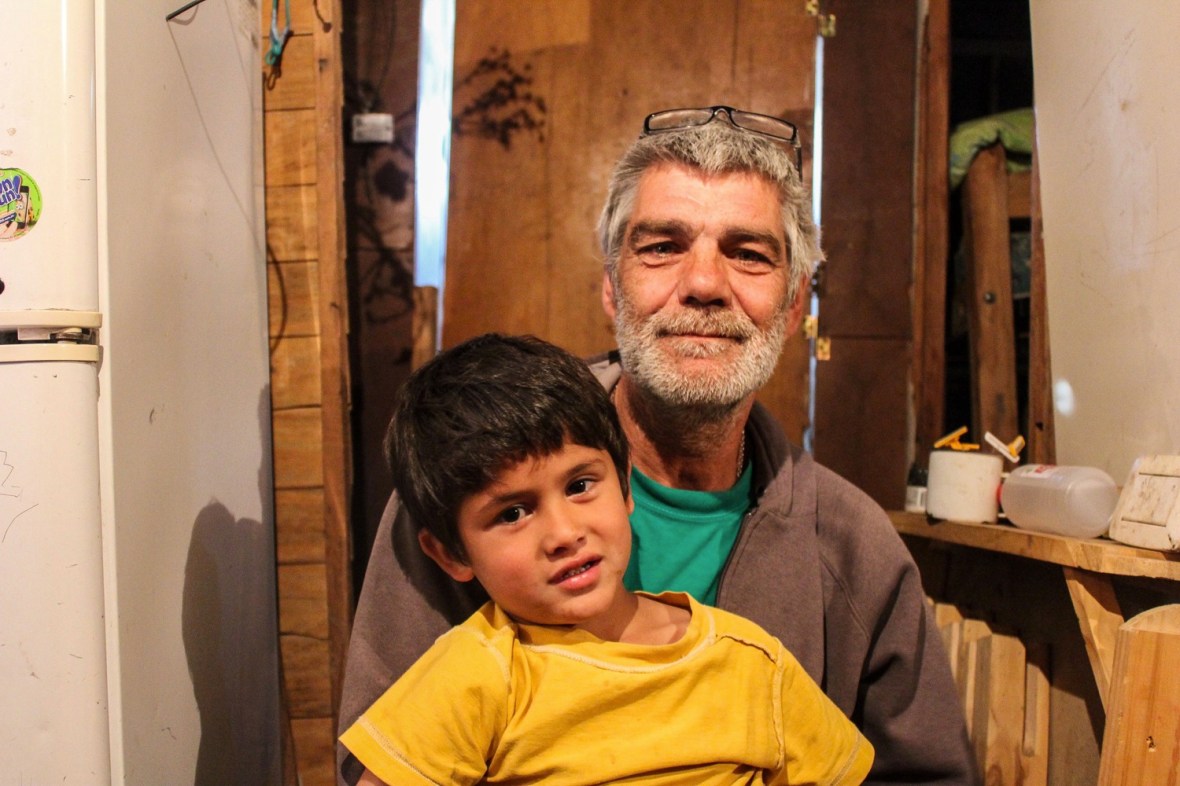 “I grew up in a middle class family. My dad was the owner of some buses. We had just the necessary to live well. When I was 16 years old, I had a discussion with my father, and I wanted to prove myself that I was right, so I left my home. I finished high school. I started college, but did not finish it. All to prove to my dad that I could be independent.

I have had many jobs, and I have lived in many parts of the country. I travelled as a backpacker for four years or so, nearly five years. I was in Corrientes, Puerto Madryn, and I have worked on what I could. I had good jobs and bad jobs. When I was travelling all around the country, I asked for a job in any construction sites. I’m an electrician. I worked as a bricklayer, and was assistant treasurer in a company at Villa Maria. I worked in a electrical consulting company. I liked traveling, and took advantage of the jobs where I could travel, because salaries are better when you are relocated to another city.

In 2000, I came from Villa Maria. I started working as an electrician for the courts of Lomas de Zamora. At first, I had a heart attack, and I had to do an angioplasty. I have a stent and now I need to put a new stent, because this is not working properly. I have emphysema. I have lung cancer. I smoke since I was 10, and I am 54 years old now. I smoked five packs of cigarettes per day, and smoking ruined everything.

I had an accident at work, and the insurance company rejected me as a client. Then the company where I used to work, did not hire me, because I needed insurance policy to do my job as an electrician. The 80% of the work of an electrician is on a ladder, and I cannot breathe well. When I run out of air, I faint. I ruined a couple of marriages before being with Alejandra. Now, I realize it was my fault.

What inspires me every day are my children. If it were not for them, I had already given up. A few years ago, my mother died of cancer. Two months later, I was informed that I had cancer, and on that same month my father died. Without my kids, I would have given up.

I fought with my father, and I did not talk to him for five years. When I became a father, I realized he was right. My father was important to me, but we fought all of our life. After he died, I realized that I followed his advices more than I thought.

If I could give a message to everyone, it would be a message of peace. Because I think that wars are useless. War is the stupidest thing invented by man. Children suffer the consequences of wars and hunger.”

I have been stumbling, tripping and stumbling in my life

“I’ve lived in Las Chacritas since a year ago. Four years before that, we lived in Lanus, and our house burned. I had sold the land that belonged to my...

“I used to live in Jaguel. My mother died, and then I met my partner, Pablo. Before I had another partner, I moved here with him and my 4 children....

When I started working on my own

“I’ve lived in the Barrio Las Chacritas since two or three years ago. I moved, because I did not like the other neighborhood, so I came here. I used to...

I had to look at my children, and I had nothing to feed them