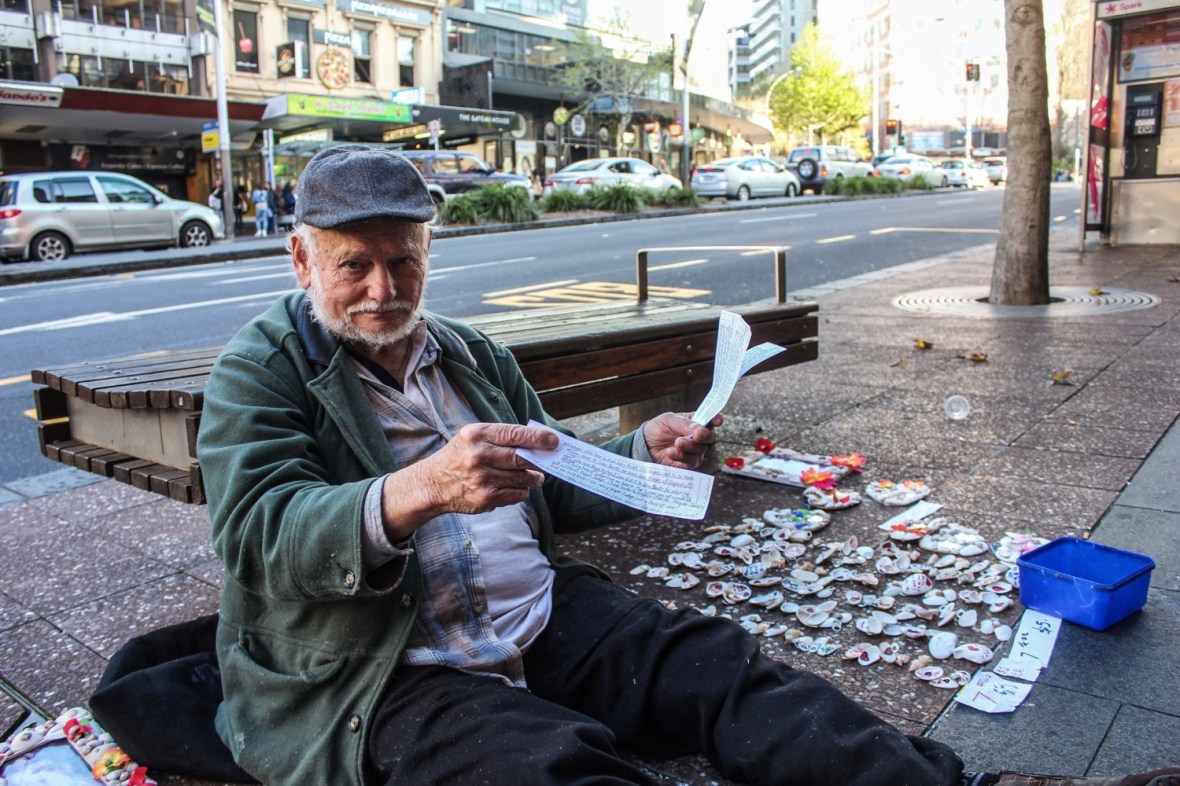 “I’ve been here for 50 years in New Zealand, long time. 20 years ago when I came here police arrested me, but now, they allow me. We got rid because of the royalty, the queen. When the royalty come here, they don’t ask people. They just take it. They don’t ask. They treating us like a shit. I’m not a shit. Respect has to be earned! When you die, you don’t think of your children, but who you are in life.

You gradually work your way up. That’s why don’t go out to be a politician. For politician, you don’t know who is going to be the prime minister. They worked their way up using their brain. No, we were born to have a body.

What they do to the people, maybe one day to you. What they do to people, the royal force people to know who they are. Respect has to be earned. That’s why I don’t go out there for the politician, because they qualified with their pride to be who they are.

I am nearly eighty. I’ve been selling here just to past time. I don’t sell for big money, only for one dollar. I was working before but the royalist, they sacked me from my job, because I’m after the royalist. It is a very bad law in New Zealand. Before they put me several times in jail.

I got no right to get rid of them. But I have the right to tell you, when you come to New Zealand, you should ask the people. They don’t ask the people. The government treats people like a shit too. But I don’t go after anyone in the parliament, because they are qualified themselves with their brain of who they are. You think you have the brain later on. You are not to be who they are. No royalties. All your rights have to be born?! That is a bloody insult to every human being, and our human body too. They are very crook, very crook.”

I burned everything I had in Germany

“What is the most beautiful moment of my life? It's a though question for me, but I'll answer you. To start, I was born and raised at Studio City, and...